Since the foundation of the Lowestoft Laboratory in 1902 the connection between marine organisms and ocean climate has been at the heart of our research. The close interaction between oceanographic and fisheries scientists in these early years led to highly influential work, none more-so than the match-mismatch hypothesis through which D.H. Cushing explained the importance of the timing of climatic conditions for the early life stages of fish.

In the year that Cefas became an agency, 1997, average global temperature was the warmest in the 130-year global record. The subsequent years have seen that record broken 18 times with 2016, 2015 and 2017 ranked as the 1st, 2nd and 3rd warmest years.

During those 20 years we have built on our heritage to develop the science of ocean climate change; by defining the role and dynamics of ocean circulation, by demonstrating climate-induced changes in fish and fisheries, by warning of the increasing risk to the UK of warm water bacteria, and by showing how ocean acidification can increase the toxicity of contaminated sediments.

We work in national and international partnerships to describe and communicate what ocean climate change means for people, for policy and for the ecosystem, and in doing so help to increase awareness that climate change over short (years to decades) and long periods (decades to centuries and millennia) has important and far-reaching consequences. 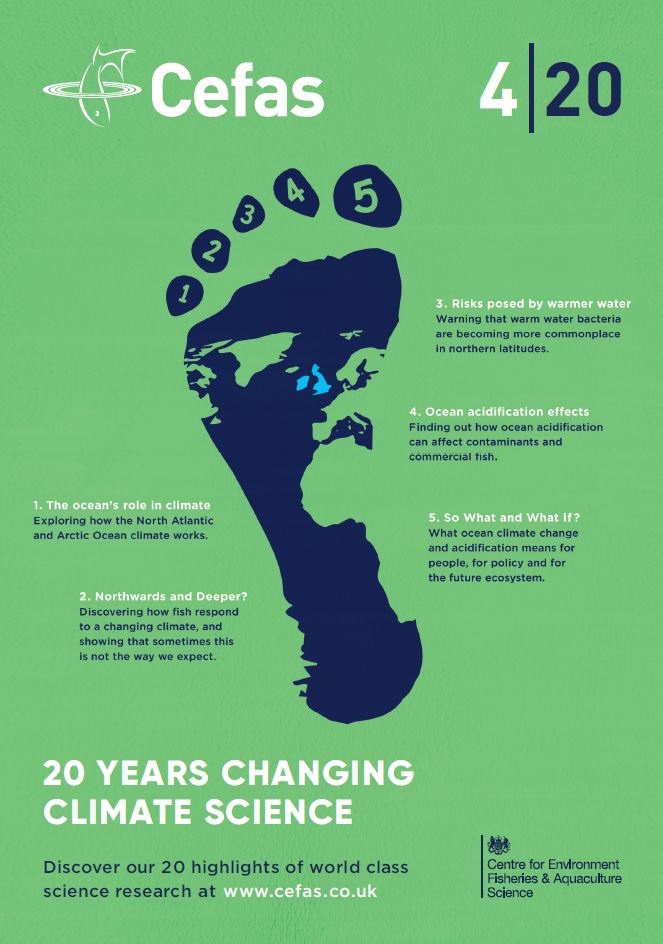